Informal Groups in EU Approach to Conflicts and Crises 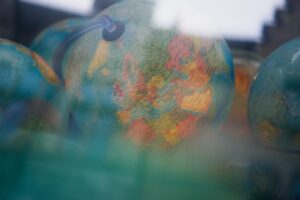 EU Foreign Policy Differentiation and Integration (EUDIC) addresses the occurrence of informal groups of EU Member States in EU foreign policy post-Lisbon. Thanks to the 2009 Lisbon Treaty, after decades of progressively increasing centralization among Member States, the EU should have finally obtained a coherent foreign policy and a more unified apparatus for supporting it. Yet on several occasions a restricted number of Member States, and at times EU institutions, steered EU foreign policy post-Lisbon, often by cooperating with non-EU countries in international contact groups. As this phenomenon suggests a fragmentation of the EU institutional scene, EUDIC’s main contribution will be to explain why and to what effect informal groups persisted in the post- Lisbon era. By doings so, this project will advance our understanding of EU Member States’ practices of cooperation in the post-Lisbon EU foreign policy governance. EUDIC will rely on an interdisciplinary approach, while adopting a mixed-method design. It will focus on EU approach to conflicts and crises. Within this empirical field, it will zoom-in on three sub-cases in which informal groups of EU Member States cooperated with non-EU actors in international contact groups: Kosovo – Group of Informal Dialogue on the Balkans Quint -; Libya – International Contact Group on Libya -; and Syria – Friends of Syria Group. To address leadership dynamics, it will also provide an in-depth analysis of the role of Italy. Not only has Italy strong commercial and political links with these countries, but this Member State also took part in all the groupings under consideration.

After Professor Jones’ welcome remarks, Dr. Amadio Viceré chaired the webinar. The webinar examined the internal and external dimension of Italy’s position on the Ukraine war. First, it took stock of the reaction of Italian domestic politics and of the Italian diplomacy’s response to the war. Then, it analysed two crucial issues for Italy’s position in the EU and the international arena: the migration and refugee dimension and energy security.

A workshop aiming to advance the scholarly debate on differentiation in EU’s foreign and security policy by providing a comprehensive understanding of this increasingly important phenomenon, its underlying logic, manifestations, and the consequences for this policy area.