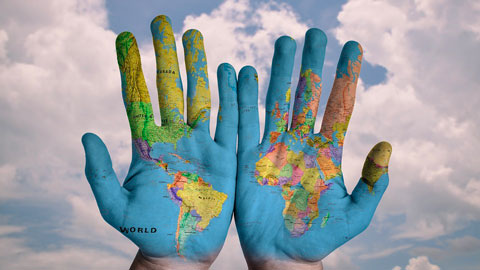 The seminar is fully booked. If you wish to be included in the waiting list please contact Valentina Bettin.

Investor citizenship programmes have sparked much controversy over the last decade, not the least due to corruption and scandals that surrounded the sale of passports around the world, but also because they challenge our understanding of who is and should be recognised as a citizen. Reflecting a combination of different disciplinary approaches and policy insights, this webinar gathers six scholars in roundtable discussions on the opportunities and challenges of investor citizenship in a globalising world. The webinar is divided into two parts: it first addresses investor citizenship in the context of the much-debated notion of ‘genuine link’ and then explores the benefits and drawbacks of the sale of passports for different stakeholders, and from different perspectives.

To receive the ZOOM link to attend the webinar please REGISTER ONLINE by 25 January.

Globally, though to different extents, naturalisation remains of significant relevance to immigrants as this allows them to access rights restricted to nationals. However, not every state adopts the same rules to condition naturalisation and states with similar eligibility conditions sometimes have very different implementation practices. Focusing on residence-based naturalisation, this presentation takes policy differentiation seriously and aims to build up a systematic, comparative explanation for policy-variation in a global perspective. To assess the extent to which naturalisation policies vary an index is developed that allows determining how inclusive or exclusive individual countries are. This index looks both at the legal dimensions of naturalisation (eligibility requirements, procedural guarantees for applicants, protections against denaturalisation, etc.) and at its implementation dimensions (documentation to provide, use of discretion, levels of bureaucracy involved, etc.). The policy index should serve as an empirical starting point to test different theories explaining policy-variation in naturalisation in a more comprehensive manner than was the case in previous investigations, including theories that claim the existence of a ‘political regime effect’ in naturalisation policies or an impact of colonial legacies on the degree of inclusion of these policies.