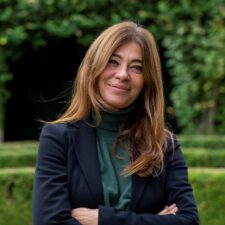 Elena Cau joined the GGP in February 2016. She holds a BA in Humanities as well as a Master’s in Diplomatic Studies (University of Westminster – UK) and one in European Studies (University of Florence). She worked as project manager in the private sector in Brussels for several years before becoming European Commission official in 2008. She joined the EUI in 2010 as financial officer and the RSCAS in March 2012 as assistant project manager.