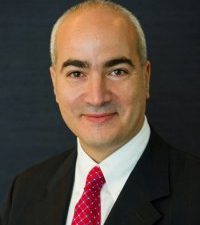 The objectives of the MDI Think Tank is to work on youth inclusion and ICT, foster the private sector in the framework of deeper economic relations with the EU, Africa free trade agreement and the new Silk Road. Ghazi Ben Ahmed is advising the EU and the Tunisian government on trade issues in the context of the ongoing negotiations between the EU and Tunisia for a Deep and Comprehensive Free Trade Agreement.

Ghazi Ben Ahmed also set up the first Office of the US German Marshall Fund in Tunisia, and led the US Initiative “MENA Partnership for Democracy and Development”.

He is also the founder and was the Secretary General of the Club de Tunis, a Tunisian based foundation aiming to help policymakers and deputies of the Tunisian National Constitutive Assembly learn from Eastern and Central European countries experience and bridge their political divide, working closely with the Community of Democracies and Club de Madrid.

He was also the national coordinator for the US led Initiative LEND – Leaders Engaged in New Democracies.

Previously he was the Lead Trade Expert in the African Development Bank (AfDB) in charge of the Bank response to the financial crisis in coordination with the G20, the WTO and the World Bank. He set up and managed the $1 billion Trade Finance Initiative of the Bank. He won several international awards for the best trade finance initiative of the year. He was also responsible for evaluation and monitoring the Aid for Trade activities of the Bank jointly with the OECD.

Before joining the AfDB, he was employed at the UNCTAD, the United Nation agency for trade and development, in the Africa and LDC Division, as Senior Advisor, providing support to African trade negotiators in multilateral trade negotiations and regional trading arrangements. He provided economic studies and reports; elaborated (or evaluated) the Diagnostic Trade Integration Studies and assisted the countries in mainstreaming trade into the national development plans under the Integrated Framework. He has also worked for almost 10 years in the European Commission in Brussels, in several Directorates-Generals: Trade, EuropeAid and External Relations, responsible for trade issues, EU trade and development policy, textile negotiations, macroeconomic analysis, structural adjustment and institutional building in the Mediterranean countries. He was also responsible for the task force on market access and non tariff barriers and the High Level Dialogue between the EU and China.