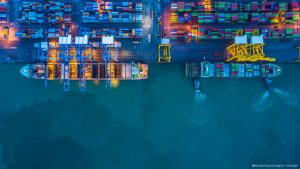 This project, a joint venture with UNCTAD, focuses on developing tools and research to understand the extent of differences in product specific rules of origin across countries and trade agreements, enhancing transparency in monitoring the use of trade preferences and applying trade facilitation concepts to rules of origin certification procedures. Activities include executive training seminars as well as policy research.

Rules of origin as non-tariff measures : towards greater regulatory convergence by Bernard Hoekman and Stefano Inama

This paper examines some of the features of rules of origin (RoO) that makes these policy instruments nontariff measures, reflects on the causes of the longstanding deadlock in the WTO on multilateral harmonization of non-preferential RoO, and reviews recent trends in RoO included in recent preferential trade agreements(PTAs) involving the EU and/or the US. These reveal a steady and substantial movement towards adoption of similar approaches and illustrate that cooperation to reduce the trade-impeding effects of differences in RoO across jurisdictions is feasible. We argue that from a trade facilitation perspective such cooperation can and should pursue greater convergence between preferential and nonpreferential RoO, building on the developments observed in PTAs.

Harmonization of rules of origin : an agenda for plurilateral cooperation? by Bernard Hoekman and Stefano Inama

This article discusses the deadlock in the WTO on multilateral harmonization of nonpreferential rules of origin (RoO) and reviews some of the RoO included in recent preferential trade agreements. We argue that there is a trend towards adoption of similar approaches and that this suggests that cooperation to reduce the trade-impeding effects of differences in RoO across jurisdictions is more feasible than often is assumed by observers and policymakers. From a trade facilitation perspective such cooperation could be based on plurilateral initiatives under the umbrella of the WTO. These could include a focus on pursuit of greater convergence between preferential and nonpreferential RoO helping to achieve the long-standing goal of moving towards harmonization of rules of origin.

Interview Series by UNCTAD and EUI

The Global Economics team at the Global Governance Programme (GGP) has initiated a new video series on ‘Rules of Origin’ and international trade. Hosted by the Schuman Centre of the European University Institute (EUI), it comprises of interviews led by Mr. Stefano Inama, Chief, Technical Assistance and Enhanced Integrated Framework Section at the United Nations Conference on Trade and Development (UNCTAD). This video series aims to bring to all stakeholders, in particular the private sector, governments, international organisations, academia and the general public, the issues at stake, the recent developments and valuable research. Watch the playlist here.

Roundtable on the Future of Rules of Origin and Utilization Rates, 26-28 June 2019