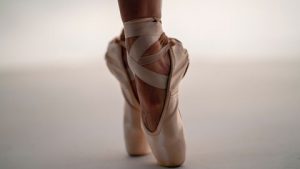 ‘Global elite migrations’ are associated with the mobility of highly skilled professionals in elite occupations such as sport, politics and art; they generate transnational financial capital through their globally expanding transnational networks. The leading expert of globalisation studies Sasskia Sassen calls them the ‘new transnational elite class’.

These migrations inevitably reflect the complex global dynamics, which includes transnational activities, the formation of cosmopolitan identities and nationalistic resurgences – often interwoven in a complex tapestry. The elite migrants occupy strategically important positions and bring together an array of important political actors at play. The evolving mass media, digital technologies and changing migration laws and geopolitical orders have set elite migrations on a new level: elite labour is being now in constant circulation between various countries and networks, connecting western/northern and eastern/southern actors and societies.

Within this stream of diplomats, athletes and scientists, there is a rapidly increasing – yet under-examined – westward flow of opera singers and ballet dancers from Eastern Europe and Asia. Their talent is said to be a key source of socio-economic revival for EU and US cities. It is therefore strategically important to study their migration experiences and network dynamics.

By looking at the perception of career development and network-building by migrant artists, the Global Elite Migrations (GEM) project bridges two themes that have developed so far in isolation: ‘Immigrant Network’ and ‘Artistic Career’. GEM looks in-depth at how migrating opera singers navigate existing networks, interact with gate-keepers, deal national policy restrictions and find windows of opportunity in their efforts to build global careers.

The project seeks to make a contribution to Migration Studies, where there is a keen interest in – yet insufficient knowledge about – the interaction between the migrant and his/her network as well as between globalisation and nationalism. The project adopts a critical perspective and challenges the view that networks are always empowering the migrant and that globalisation (with its discourse of ‘free-wheel’ mobility puts an end to nationalism.

While exploring in-depth the complex relationship between the migrant and his/her network, the project analysis the following:

This multi-method qualitative study generally relates to such areas of research as:

Aiming to explore in-depth the relationship between the global career in high arts and immigrant network dynamics, GEM has the following five objectives:

GEM is a comparative, ethnographic, multi-method study of three intersecting elite migration streams from non-EU Eastern Europe, China and Cuba to EU Member States, United States, Canada and Australia. There are persistent elite migration outflows from these sending regions, and their artists are employed in most western opera and ballet companies. The graph below shows the directions of these GEM flows, which depends both on the geographical proximity and historical and socio-political connections.

In 2015-2018, the project was looking at careers and networks of opera singers who have migrated from the post-communist bloc to Europe. 60 longitudinal narrative-biographic interviews with aspiring opera singers living in Italy and Germany have been conducted. In 2019-2020, the project will engage with small-scale qualitative pilot studies of Chinese artists and artistic managers in Europe, and Cuban ballet dancers in the USA – in order to facilitate a larger grant application. Two articles, a policy paper and a book are expected to be published in 2019-2020.