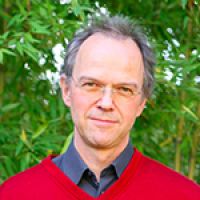 Since January 2007 Rainer Bauböck is Professor in Social and Political Theory at the Department of Political and Social Sciences of the European University Institute in Florence. He is on leave from the Austrian Academy of Sciences, Vienna and has previously taught and researched at the Vienna Institute for Advanced for Studies, the Universities of Innsbruck and Vienna, Warwick University, the Institute for Advanced Study, Princeton, Malmö University, Yale University and Central European University Budapest. His research interests are in normative political theory and comparative research on democratic citizenship, European integration, migration, nationalism and minority rights. Rainer Bauböck has coordinated several comparative research projects on citizenship in Europe and is the director of the EUDO Citizenship observatory.