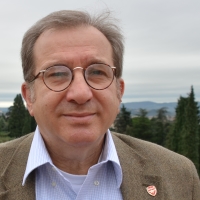 Petros C. Mavroidis  holds the Chair in Global and Regional Economic Law of the Law Department of the European University Institute and the Robert Schuman Centre for Advanced Studies.

He is Edwin B. Parker Professor of Law at Columbia Law School in New York, on leave at the EUI.

He was Chief-reporter at the American Law Institute project on ‘The Law and Economics of the WTO’. He has published in the law and economics of international trade organisation, and has been advising developing countries that litigate before the WTO since 1996.

He is one of the two experts that the WTO has hired under Art. 27.2 DSU to provide legal advice and assist developing countries when acting as complainants or defendants before WTO Panels and the Appellate Body.