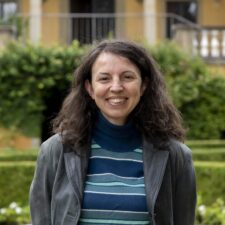 Valentina Bettin graduated in Political Sciences – International Relations and was awarded prize for best student in 2000. She got her PhD in international law at the EUI in 2005. She worked as project manager for the EU project Moveact on mobile EU citizens. She joined the EUI in 2009 and she became administrative assistant for the Global Governance Programme in April 2015.