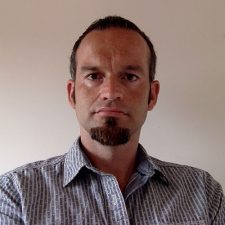 Dr Jasper Chalcraft is a Jean Monnet Fellow in the RSCAS. His current work focuses on heritage and the cultural inclusion of migrants and minorities within Europe. His project, Heritages of Dissent: how migrants and minorities negotiate Europe’s plural pasts, explores this through a focus on Europe’s difficult pasts, in particular the representational politics surrounding the colonial pasts of the UK and Italy.

As an anthropologist working across a number of fieldsites – from rural Tanzania to urban São Paulo – his work tries to understand what contemporary ‘heritage-making’ means for local communities on the ground. The transnational and more experiential aspects of identity-making are something he is currently investigating as co-director of the research project Being/Becoming African in Brazil: migrating musics and heritages (with Rose Hikiji of the University of São Paulo).

He is also a Visiting Fellow in the Department of Sociology at Sussex University (UK), where he worked previously on a Horizon 2020 funded project, CulturalBase, investigating cultural heritage and European identity. In the project academic research concerning cultural memory, social inclusion and cultural creativity were co-investigated with stakeholders, and this ‘social platform’ helped develop new research agendas and policy recommendations for the European Commission. Issues of culture and identity were something he also explored as a researcher on the EU-funded Eurofestival project, where he focused on the role of music festivals in helping create a cultural public sphere.

Heritage rights is a theme that runs through his work, with a particular focus on how heritage is used as a peacebuilding tool in processes of rebuilding post-conflict societies, something he explored as project manager for the University of Leicester’s Cultural Heritage and Peacebuilding project.

Introduction (with co-editors), and single authored chapter, ‘Metaculture and its malcontents: World Heritage in southwestern Libya’ (2015)

‘Decolonising the site: the problems and pragmatics of World Heritage in Italy, Libya and Tanzania’, in D. Berliner & C. Brumann (eds) World Heritage on the Ground: ethnographic perspectives. Oxford: Berghahn (2016)

(with G. Delanty & M. Sassatelli) ‘Varieties of Cosmopolitanism in Art Festivals’, in A. Bennett, J. Taylor & I. Woodward (eds) The Festivalization of Culture. London: Ashgate (2014)

(with P. Magaudda) ‘Space is the Place: the global localities of the Sónar and WOMAD music festivals. In, L. Giorgi, M. Sassatelli and G. Delanty (eds) Festivals and the Cultural Public Sphere. London: Routledge (2011)

‘The habitus of heritage: the making of an African World Heritage site’, in K. Yoshida & J. Mack (eds.) Preserving the Cultural Heritage of Africa: crisis or renaissance? London: James Currey (2008)

(with S. Biagetti) ‘Pastoral pasts and ethnographic echoes: an ethnoarchaeology of pastoralism in the Libyan Sahara’. Proceedings of the 12th Congress of the Pan African Archaeological Association, Gabarone (2007)

(with S. Biagetti) ‘Tracking pastures in the sand. Preliminary report of the ethnoarchaeological surveys in the Tadrart Acacus and its surroundings (Fezzan, Libyan Sahara)’. Holocene, July, pp. 3-10 (2005)

Continuing Traditional Practices in Kondoa-Irangi: a report for the Department of Antiquities (United Republic of Tanzania) and ICCROM. Unpublished Report (2001)

(with R.S. Hikiji) ‘Opening eyes through ears: migrant Africans musicking in Brazil’. In, S. Reily (ed.) The Routledge Companion to the Study of Local Musicking. London: Routledge (forthcoming in 2018)