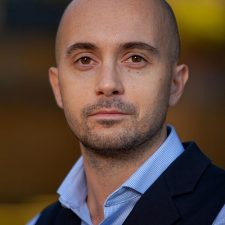 Fields of interest: Governance beyond the State; Mediterranean Politics; Libya; Western Foreign Policy toward MENA; Dynamics of Power and Resistance.

Matteo Capasso is a research associate at the Global Governance Program, expert on Libya for the EU LISTCO project. He received a BA in International Relations at the University of Bologna, Italy and a MA in Middle Eastern Studies from Lund University, Sweden. He completed his PhD in 2018 at Durham University. Through an extensive collection of oral histories, his research explored how people negotiated, shaped and manoeuvred power at the everyday level during the Libyan Arab al-Jamahiriyya.

He taught various courses ranging from international politics, politics of the MENA region and conflict analysis, at the undergraduate and postgraduate level at Durham University. Since 2014, he has been working as Assistant Editor of Middle East Critique.

Capasso, Matteo (2013). Understanding Libya’s Revolution through Transformation of the Jamahiriyya into a ‘State of Exception’. Middle East Critique 22(2): 115-128.