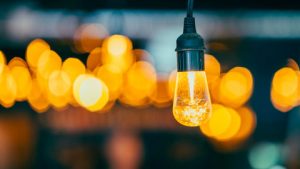 • Why does the Iraqi government rely on pro-government militias to fight the Islamic State rather than on its own army?• Why did the European Union enlist the International Monetary Fund rather than dealing with the Eurozone crisis on its own?• Why does communist North Korea suppress private entrepreneurs while communist China thrives on coopting them?• Why has the G-20 repeatedly adopted ambitious reform agendas for financial regulation, but always failed to create a regulatory intermediary with the power to actually enforce these reforms?• Why does the United Nations Security Council sometimes assign weapons inspection mandates to long-established bodies such as the International Atomic Energy Agency, and at other times to ad hoc bodies?

Most governance is indirect, carried out through intermediaries. Some intermediaries are internal to the governor, as executive agencies are, but often they are external: governments rely on professional associations for health and safety regulation; engage private contractors to provide public services and security; create independent central banks and constitutional courts; and conduct foreign policy through client states and international organizations. International organizations engage non-governmental organizations to implement development projects and monitor state compliance with commitments.

Principal-agent (PA) theory views indirect governance primarily as a problem of information: the intermediary (agent) has an informational advantage over the governor (principal), which it can exploit for shirking, slacking or otherwise evading the governor’s control. But, as the questions above suggest, indirect governance creates an even more fundamental problem of power. Competent intermediaries with the expertise, credibility, legitimacy or operational capacity to achieve the governor’s goals are inherently difficult to control, even with complete information, because the policy benefits they can create (or the trouble they can cause) give them leverage over the governor. Conversely, tight governor control can weaken intermediary competencies, constraining their enlistment, development or exercise. The governor thus faces a tradeoff: if it emphasizes control, it limits intermediary competence and risks policy failure; if it emphasizes intermediary competence, it risks control failure.

The purpose of the project is to analyse how governors manage the competence-control tradeoff in their indirect governance relationships, assess the long-term implications of their choices, and derive pragmatic advice for decision-makers. The field of application is potentially very wide. Our competence-control theory of indirect governance is relevant for governors of all types (public, private, and third sector), all governance sectors (economic, social, administrative and coercive), and all levels of government (local, domestic, international).

The Governor’s Dilemma: Indirect Governance Beyond Principals and Agents (ongoing)

Building on the Orchestration project (see below), we map and explain the real-world variety of forms of indirect governance, which is far greater than Principal-Agent theory suggests. PA theory focuses on a single mode: delegation, in which the principal exercises hard control over the agent ex ante, when the agent is selected and mandated to act, and ex post, during the operation of the relationship. In fact, however, governors of all types often eschew hard controls, ex ante, ex post or both, in order to mobilise intermediary competence, thus producing different modes of indirect governance. We introduce three such modes beyond delegation – cooptation, trusteeship and orchestration. Each has been addressed in a separate literature, but we bring them together with PA delegation within a unified theoretical framework.

In 2017, we invited scholars of governance working in both international relations and comparative politics to evaluate whether competence-control theory and the modes of indirect governance derived from it can explain significant observations in their empirical domains that are puzzling under existing theories. The cases cover a wide range of issue areas and governance settings: from the Eurozone crisis, capital markets, autocratic economies, and financial regulation to colonial empires, the secret police, foreign rebel groups, and weapons inspections. Two workshops were held at the University of Oxford in September 2017 and at the Robert Schuman Center/the School of Transnational Governance in May 2018. The preliminary findings support the view that the competence-control tradeoff is central to the choice of governance mode and the long-term implications following from this choice. An exclusive focus on PA delegation and on information as the singular taproot of indirect governance problems is not enough to understand the variety of empirically observable governance modes.

In this project, we introduce the concept of ‘orchestration’ to explain how international organisations leverage their limited authority and resources to increase their effectiveness, power, and autonomy from states. Orchestration refers to the mobilisation of intermediaries by an orchestrator, on a voluntary basis, in pursuit of a joint governance goal. By orchestrating intermediaries, including transnational and local non-governmental organisations, international organisations can shape and steer global governance beyond the narrow scope of their regulatory authority and operational capacity. By foregoing control, they expand their competence to govern.

The project makes two important contributions. First, it enhances our empirical understanding of the relationships among international organisations, non-state actors and states in global governance. Second, it enhances our theoretical understanding of indirect governance by supplementing conventional delegation models premised on principal-agent theory with the new model of orchestration.