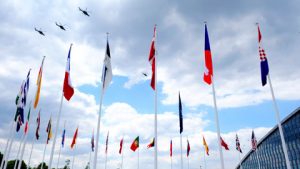 This research project examines the nearly 40 military operations and civilian missions launched by the EU under the Common Security and Defence Policy (CSDP) banner, which have been among the most remarkable features of the EU’s emergent foreign, security, and defence policy.

Since embarking on the first mission in 2003, the EU has deployed, on average, some 5,000 troops and personnel around the world each day. But while growing in strategic importance, influence and visibility, the EU’s physical engagement in the world often remains sharply contested and politicized.

Why do member states engage abroad to such significantly varying degrees, thus creating operations and missions of very different form and scope? Why has the EU been able to launch military operations of several thousand troops with the backing of almost every member state, while at the same time having difficulty in marshalling support for much more modest civilian missions? Why, finally, does the EU abstain from engagement in other  similarly important and politically plausible missions?

The research project seeks to answer these novel and essential questions by empirically investigating all EU operations and missions to date as well as a range of ‘negative cases.’ It evaluates the causes and forces that drive, undermine, or limit Europe’s external engagement.

The study contributes to scholarship on the fundamental forces that drive foreign affairs and world politics at large by offering a comprehensive and rigorous analysis of Europe’s fitful emergence as an international political actor and its evolving strategic interests around the globe.

Funded by the Research Council of the European University Institute, the project has resulted in a research monograph and several research articles by Ulrich Krotz and Katerina Wright, and, with Danilo Di Mauro, a new dataset on EU civilian and military missions: EU’s Global Engagement: A Database of the EU Common Security and Defence Policy Military Operations and Civilian Missions Worldwide.